The Credential Ceremony was held at the Qasr Al Watan Presidential Palace which included a Guard of Honour by the Presidential Guard. The Guard of Honour was followed by the presentation of credentials and a courtesy call on His Highness Sheikh Mohammed bin Rashid Al Maktoum, Vice President and Prime Minister of the United Arab Emirates and Ruler of Dubai.

During the courtesy call the Ambassador mentioned that Sri Lanka – United Arab Emirates friendly relations have grown exponentially covering a multitude of areas with mutual benefits. It was also stated that Sri Lanka hopes to further strengthen bilateral relations in view of the milestone of 40 years of Diplomatic Relations between the two countries.  Ambassador of Sri Lanka also spoke on behalf of fellow Ambassadors stating that they hope to work closely promoting the special relations and expanding into new vistas of cooperation in the years ahead. The Ambassador was accompanied by Mr. Charitha Yattogoda, Consul General in Dubai and Mr. M. I. M. Rizvi, Head of Chancery.

Following the credential ceremony a reception was held at the “Sri Lanka House” the Official Residence of the Ambassador for Officials of the UAE Government, Sri Lankan Community and the Embassy Staff and Families.

Ambassador Majintha Jayesinghe joined the Sri Lanka Foreign Service in 1998 and was Deputy High Commissioner in Malaysia prior to the appointment in the United Arab Emirates. The diplomatic career entailed serving as Consul General in Shanghai, PRC and also in the Sri Lanka Embassy in the People’s Republic of China.

Ambassador Majintha Jayesinghe is a graduate of the University of Birmingham (United Kingdom) and a past pupil of St. Joseph’s College and Royal College, Colombo. 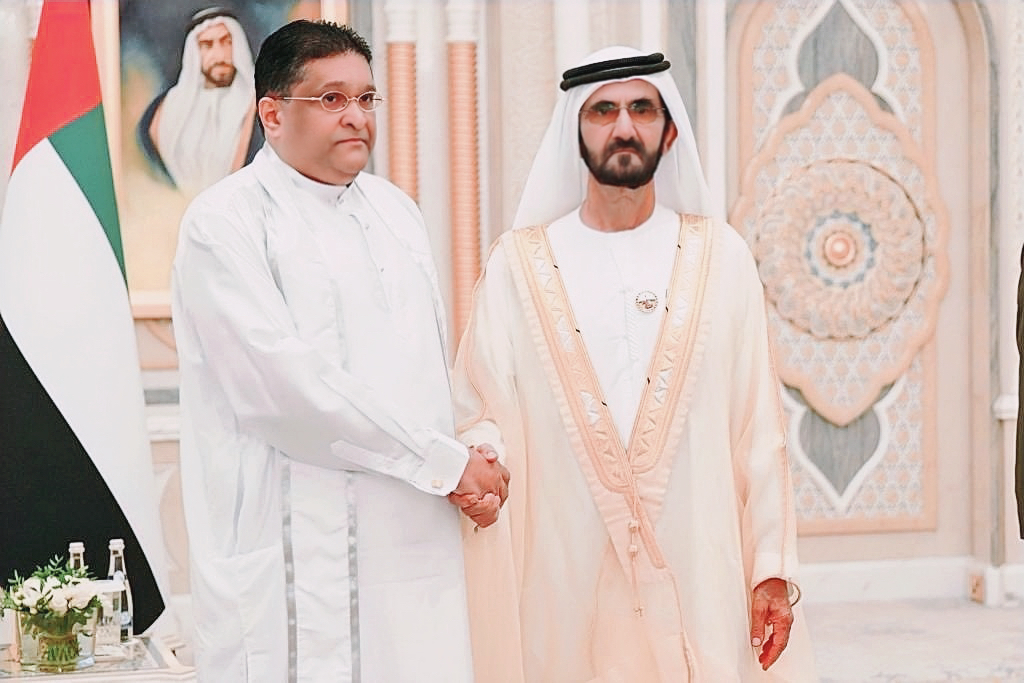