The ceremony to mark the 72nd Anniversary of Independence of Sri Lanka was held at the Official Residence on the morning of 4th of February with the participation of Sri Lankan community.

The event commenced with the ceremonial hoisting of the National Flag by Ambassador Majintha Jayesinghe amidst the playing of traditional drums of Magul Bera followed by the National Anthem of Sri Lanka and Jayamangala Gatha. After observing two minutes of silence for fallen heroes, religious observances were conducted.

The Independence Day messages of the President, Prime Minister and Foreign Minister was read by Minister Counsellor Asoka Jayasundara, Head of Chancery M. I. M. Rizvi and Head of Labour Shyamal Rajapaksha respectively while copies were also distributed to the community.

Ambassador Majintha Jayesinghe reiterated the salient points in the massages of the President, Prime Minister and Foreign Minister and also highlighted the importance of celebrating the milestone of 40 years since establishing diplomatic relation between Sri Lanka and the United Arab Emirates.

In the evening a Diplomatic Reception for over 300 invitees was held at the prestigious Emirates Palace in distinguished presence of the Guest of Honour Her Excellency Dr. Maitha bint Salem Al Shamsi, Minister of State representing the Government of the United Arab Emirates, officials from the Ministry of Foreign Affairs and International Cooperation, Diplomatic Corp. UAE Government Officials, Travel Trade, Entrepreneurs, Intellectuals, Academics, Media and the Sri Lankan Community.

The highlight of the evening was the grand Sri Lankan music and cultural extravaganza by Bathiya, Santhush, and Umaria together with the traditional dance by world renowned Channa – Upuli Dance Troupe. Percussionist Jananath Warakagoda also entertain the guest with his traditional drum fusion. The guests were able to enjoy the evening in a truly Sri Lankan ambiance.

The 8 themes of tourism namely Heritage, Festive, Pristine, Scenic, Essence, Thrills, Wild and Bliss were choreographed with the music and dance using state of the art technology promoting the rich cultural heritage and position Sri Lanka as a tourist destination in the United Arab Emirates. The Emirates’ nationals had the opportunity to reminisce with Sri Lanka tourism themes.

The guests were given a glimpse of Sri Lankan tradition, culture and also an array of delicious cuisines elegantly presented with traditional decor creating a truly Sri Lankan ambiance. 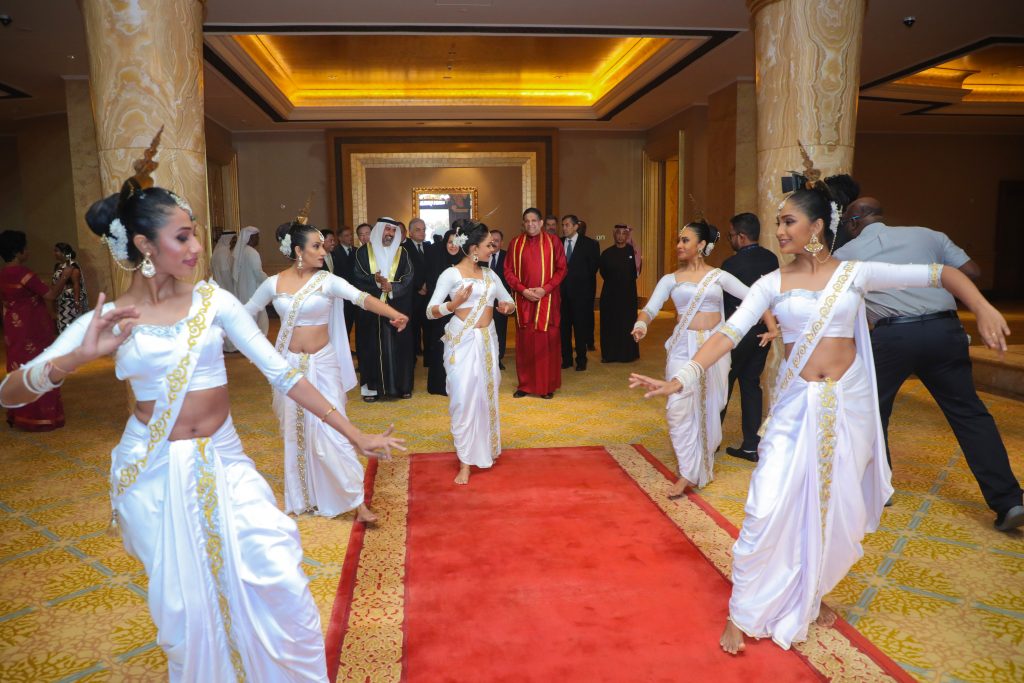 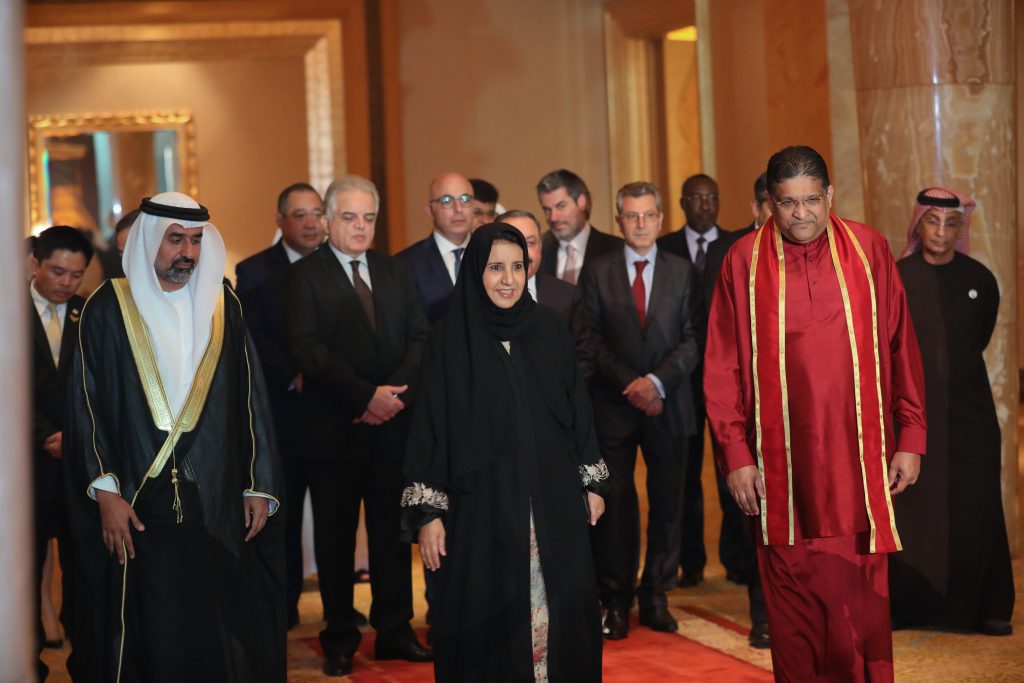 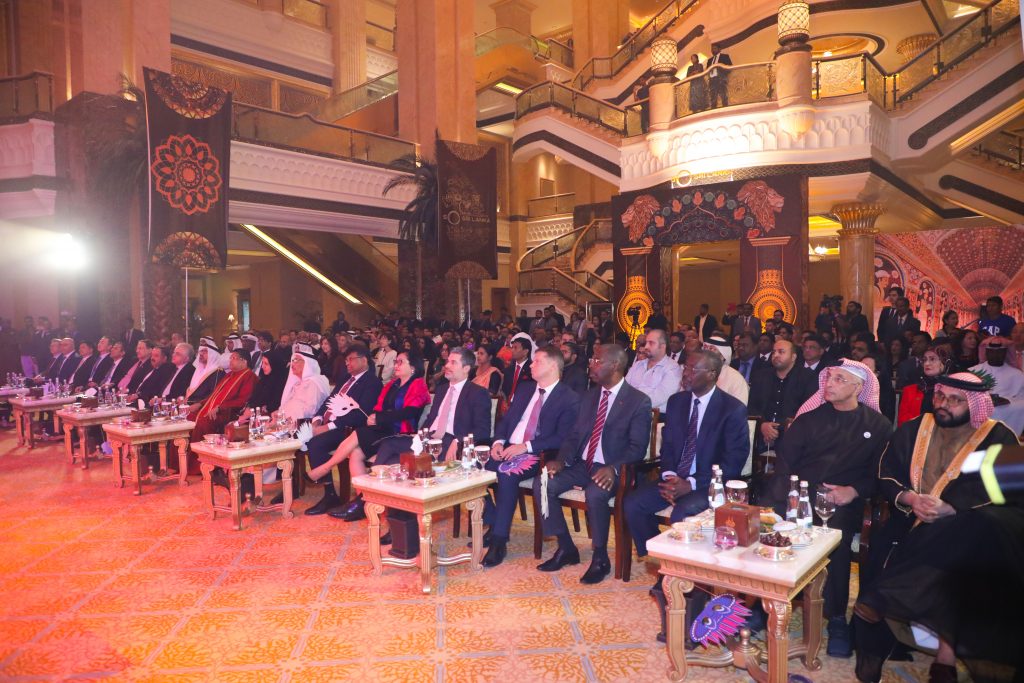 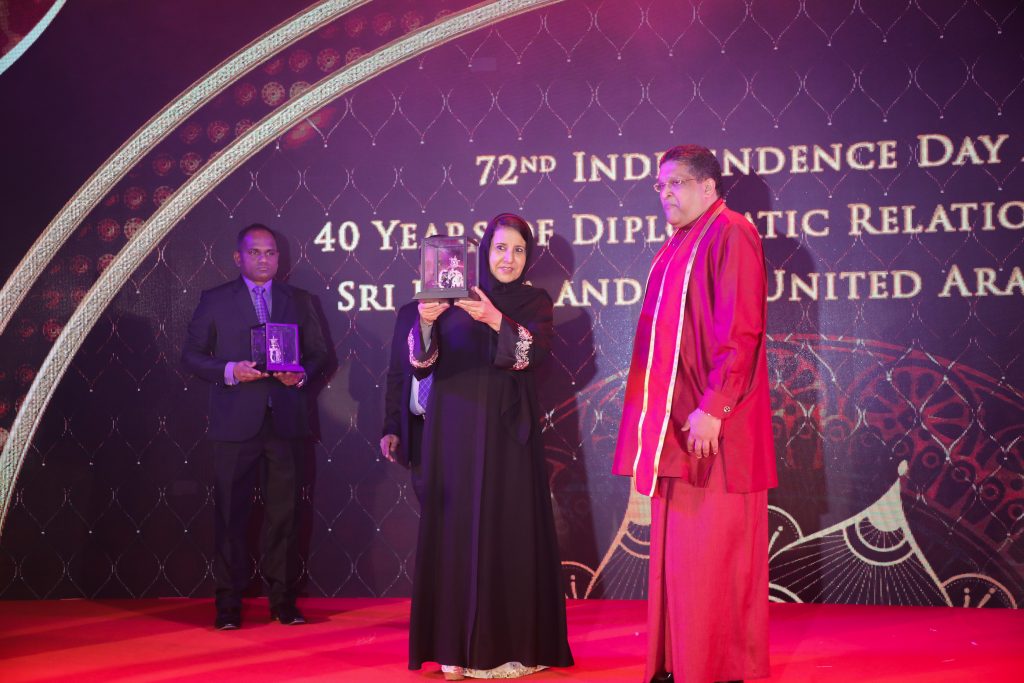 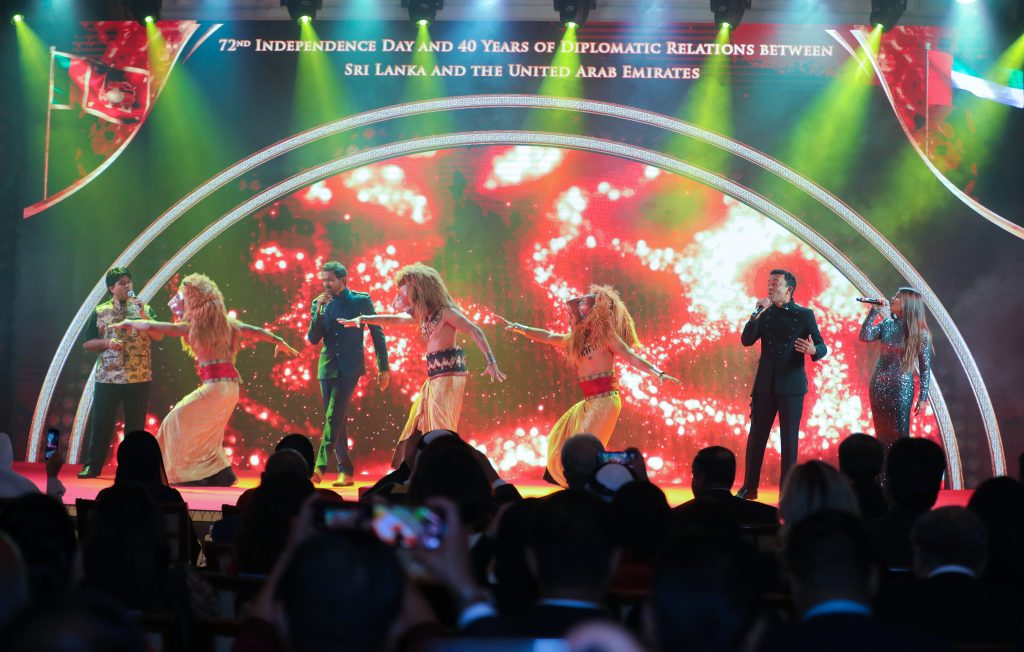 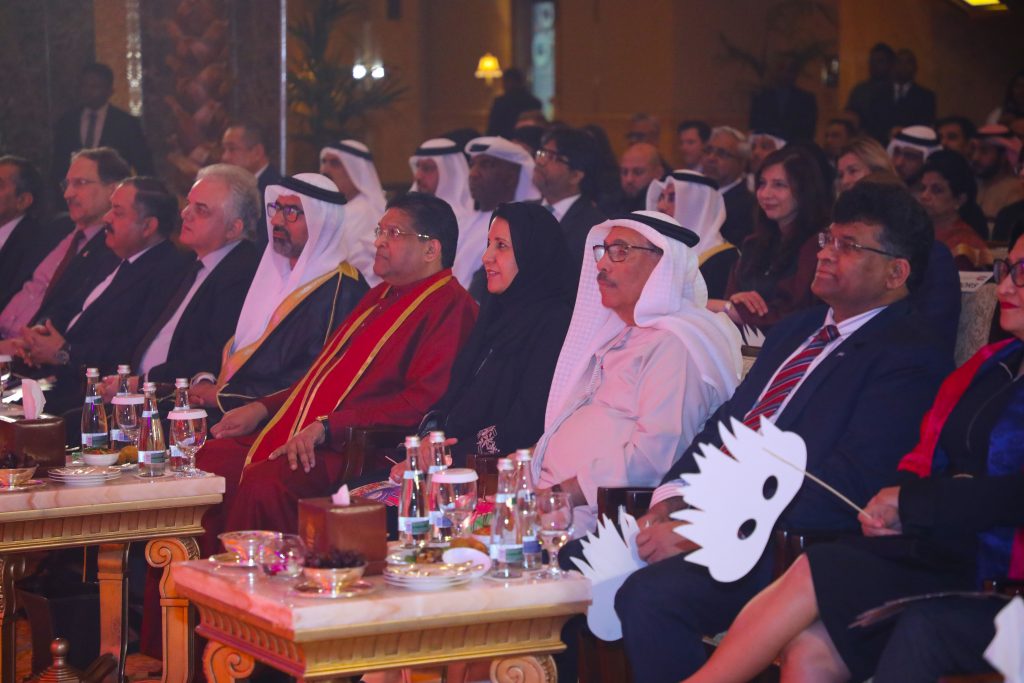 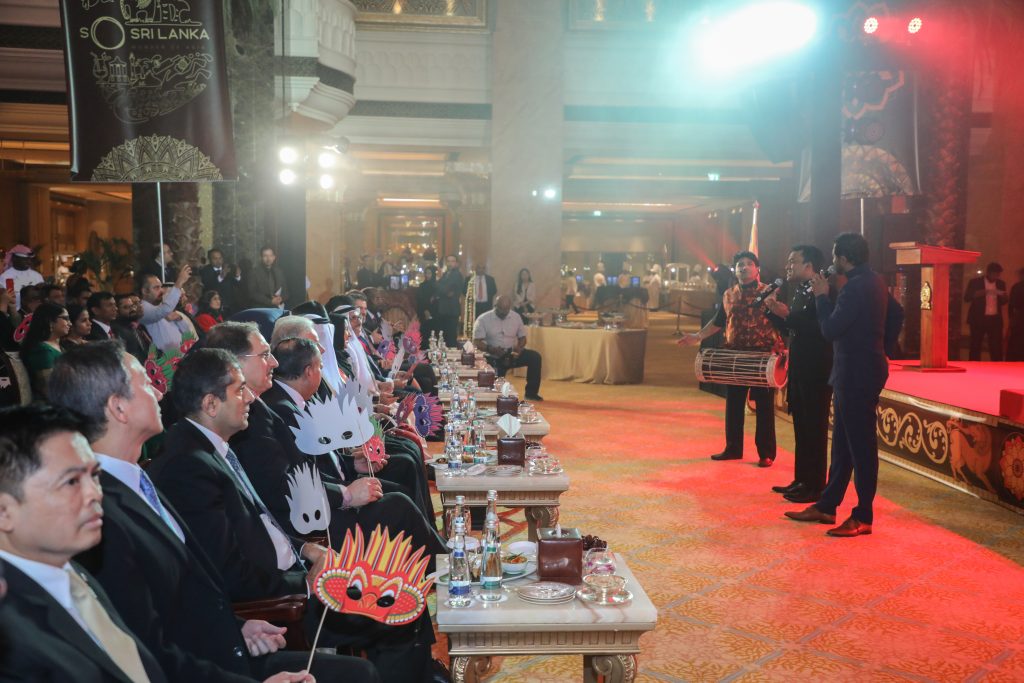 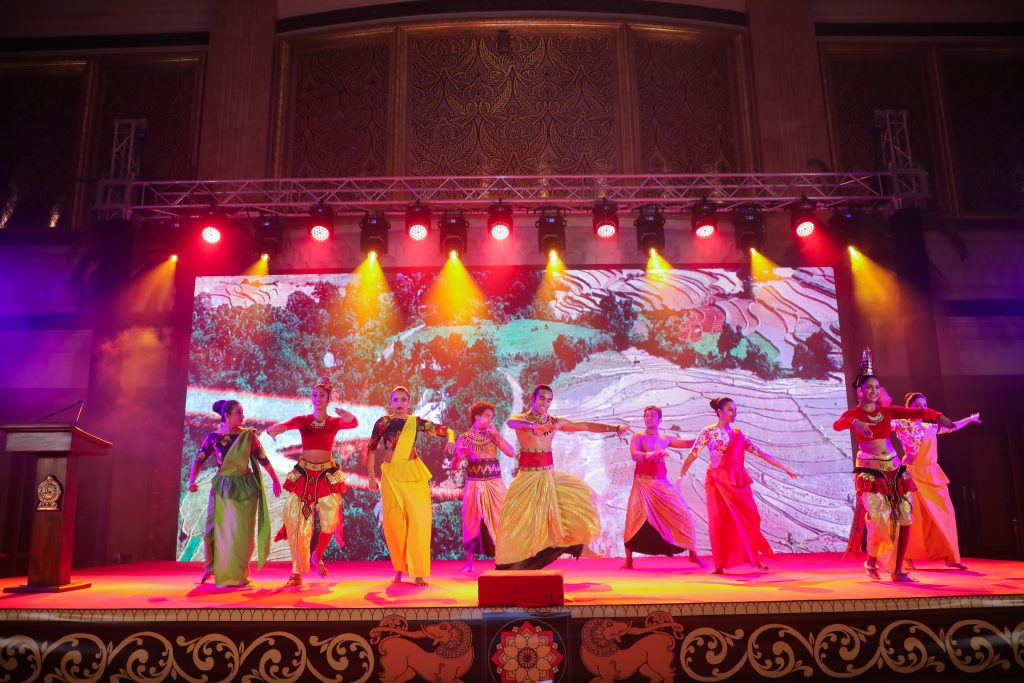