Ambassador-designate of Sri Lanka to the United Arab Emirates, Udaya Indrarathna assumed duties at the Embassy of Sri Lanka in Abu Dhabi on 06th January 2023.

Upon arrival at the Embassy in Abu Dhabi, Ambassador Udaya Indrarathna was welcomed and greeted by the staff. His assumption of duties was marked by a simple ceremony which commenced with the lighting of the ceremonial lamp by the Ambassador and other diplomatic staff and traditional Sri Lankan cuisine were served on the occasion.

Addressing the staff, Ambassador Udaya Indrarathna thanked the staff for the warm welcome and expressed his optimism that the relations between Sri Lanka and the UAE would be further strengthened and expanded into new vistas of cooperation during his tenure. The Ambassador also emphasized the importance of keeping members of the Sri Lankan community engaged at all times with a view to promoting Sri Lanka’s image and interests in the host country.

On the same day, the Embassy together with the Sri Lankan community arranged a Pirith Chanting Ceremony at the Embassy premises to invoke blessing on Ambassador for a successful tenure. 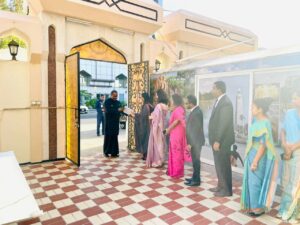 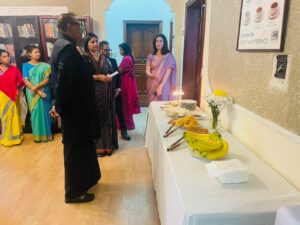 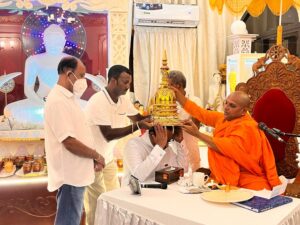 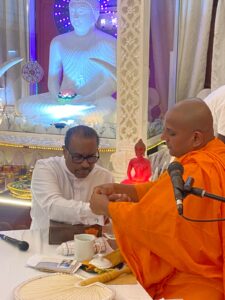